HISENSE (GORENJE) IS BUILDING A ...

NIDEC BEGINS CONSTRUCTION OF YET ...

BELGRADE - March 28, 2018 - Today, the Development Agency of Serbia (RAS) and the United States Agency for International Development (USAID) marked the completion of a four-year Private Sector Development Project (PSD), which contributed to the development of small and medium-sized enterprises and entrepreneurs in the south and southwest Serbia.

“The partnership between RAS and USAID on this Project has led to a significant improvement of the economy of underdeveloped regions in Serbia, the growth of small and medium-sized enterprises and to their networking. One of the goals of RAS is equal development of Serbia, and through this Project we have enabled companies in the field of agro-industry, fashion/textile industry and clothing and footwear industry, as well as light industry, to increase their exports and sales, and most importantly, to create new jobs” said Radoš Gazdić, acting director of RAS.

Azza El-Abd, USAID's Mission Director for Serbia, pointed out that, through the partnership between RAS and USAID on the PSD Project, the services had been provided to 184 small and medium-sized enterprises and eight business associations and clusters in the forms of entrepreneurship training, individual training and mentoring, business contacts with other companies, grants for the purchase of equipment, and the possibility of participating in international trade fairs.

“These activities have contributed to the business expansion and the creation of 487 new jobs and 159 temporary jobs in 12 municipalities in the south and southwest of Serbia," said the USAID’s Mission Director in Serbia.

State Secretary at the Ministry of Economy, Dragan Grgurević, thanked USAID representatives for recognizing the importance of development of small and medium-sized enterprises (SMEs) in south of Serbia, and for supporting them, in cooperation with RAS.

“Bearing in mind that the Ministry of Economy has been strategically defined, for several years now, to provide strong support to the development of the SME sector, we also support all types of partnerships and projects aimed at affirmation of entrepreneurship in Serbia,” said Grgurević.

The beneficiaries of the project were: micro, small and medium-sized enterprises and entrepreneurs, associations and clusters, youth and women, potential entrepreneurs and beginners in business.

At the panel discussion on the results of the Project, attended by representatives of regional development agencies and project beneficiaries, it was said that the results of the Project were the following: entrepreneurship training was provided to 380 beneficiaries, of whom 180 were youth and women; 71 small and medium-sized enterprises owned by youth and women received grants for purchasing equipment worth more than $761,000, which helped them expand their businesses and be more competitive; 80 small and medium-sized enterprises participated in 16 international trade fairs, which led to the signing of new sales contracts worth about $670,000; 82 small and medium-sized enterprises, project beneficiaries, adopted new international standards, which allowed their products to enter new markets.

Partners in the realization of the project were: accredited regional development agencies covering the territories of cities and municipalities where the Project is implemented, namely: RDA “Zlatibor” from Užice, RDA “SEDA” from Novi Pazar, Center for development of Jablanica and Pčinja districts – CRJPO from Leskovac, and Regional Agency for Spatial and Economic Development of Raška and Moravica Districts from Kraljevo. 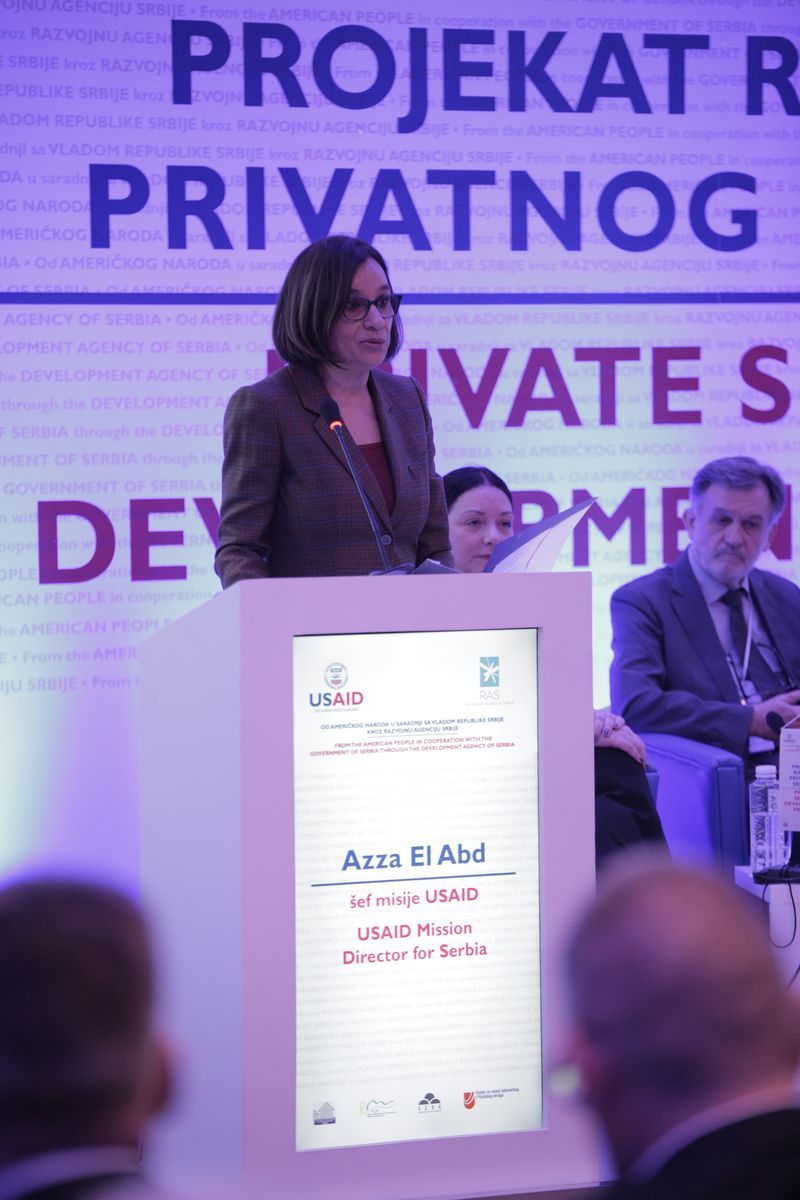 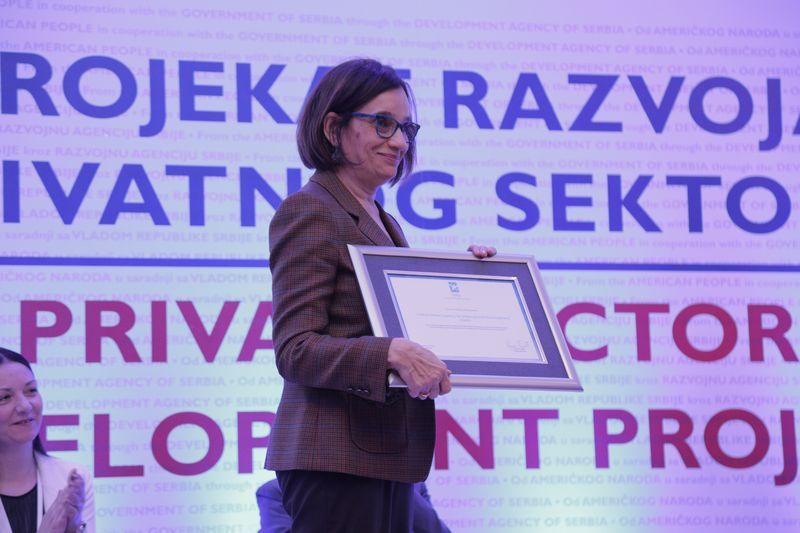 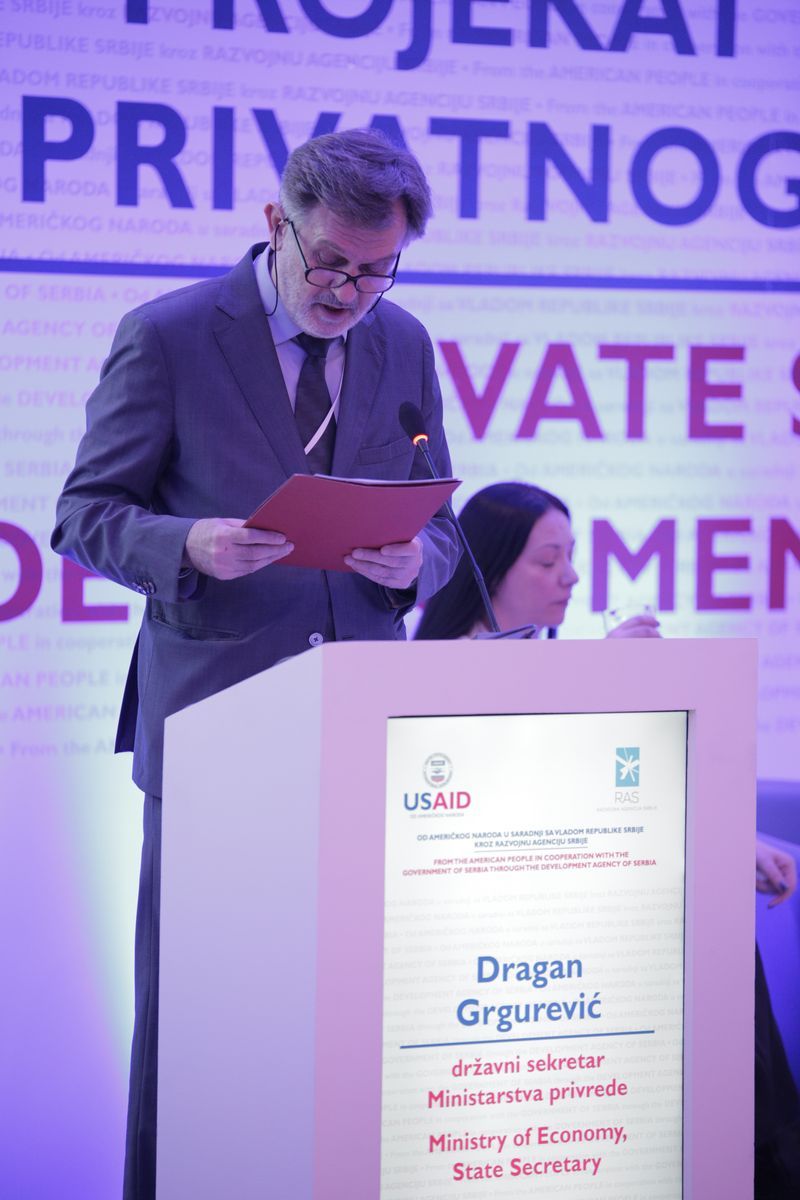 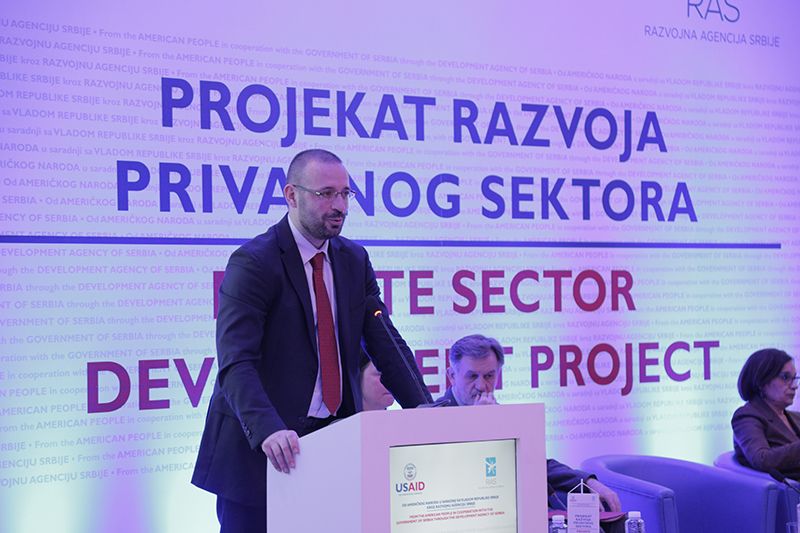 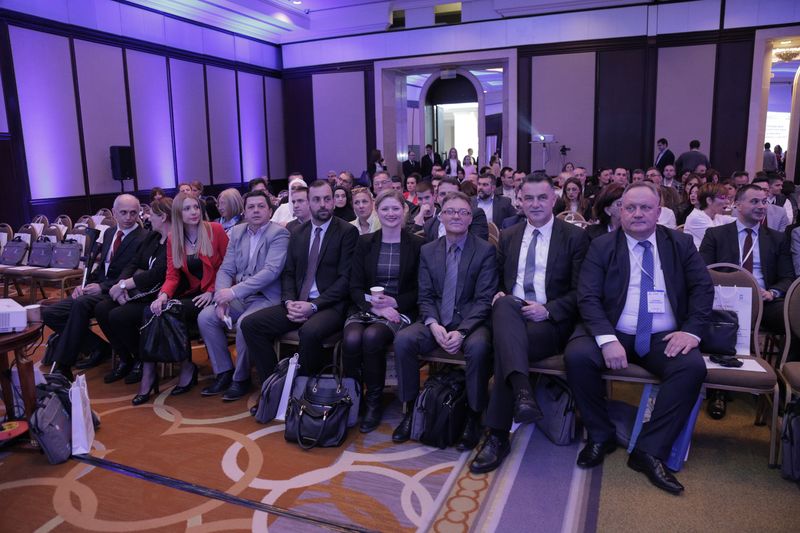 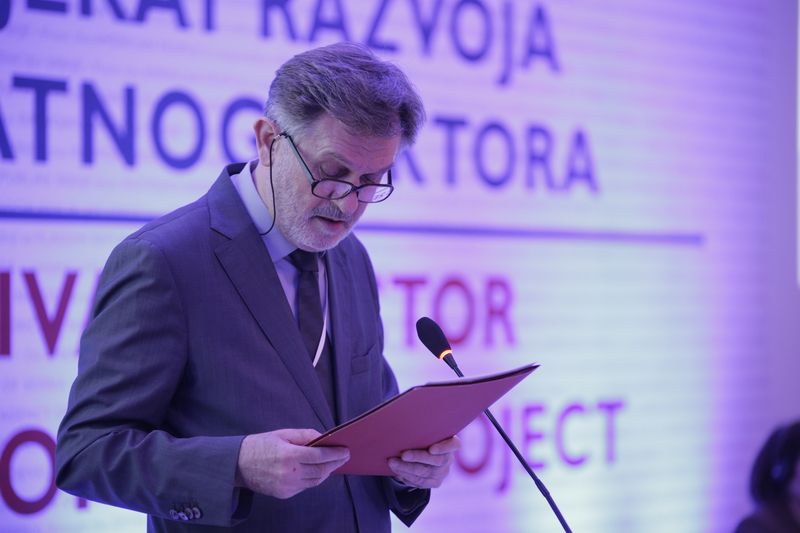 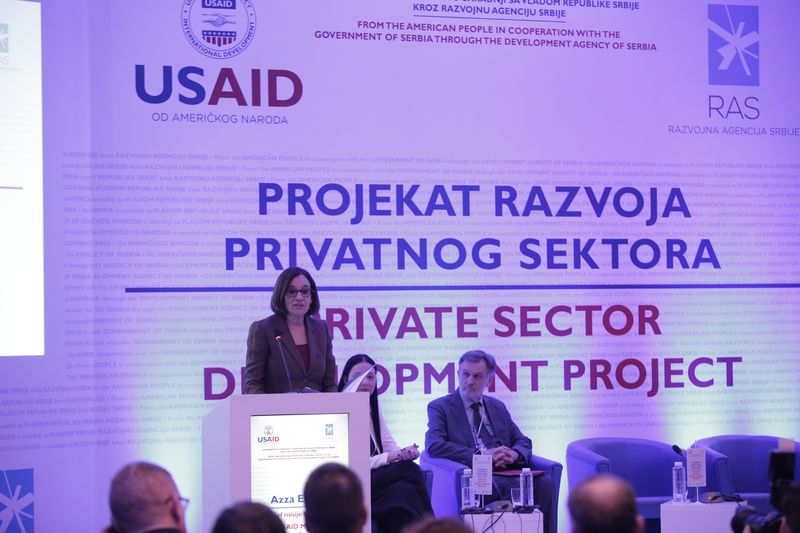 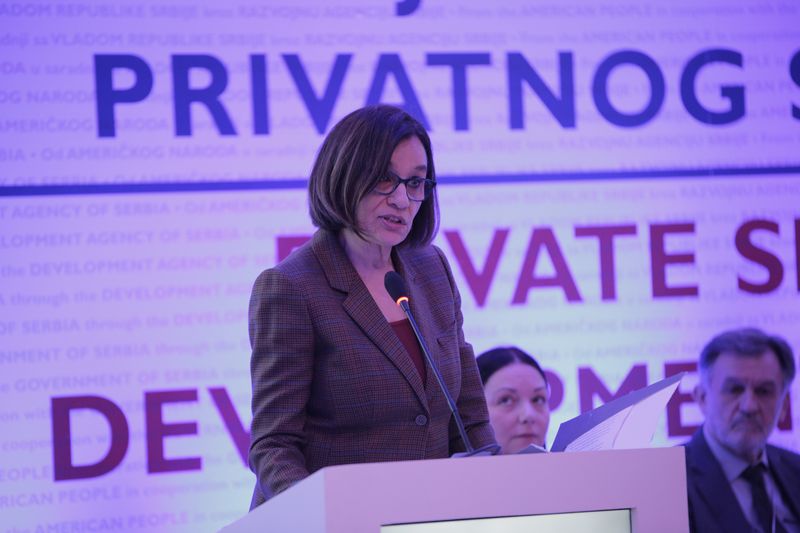 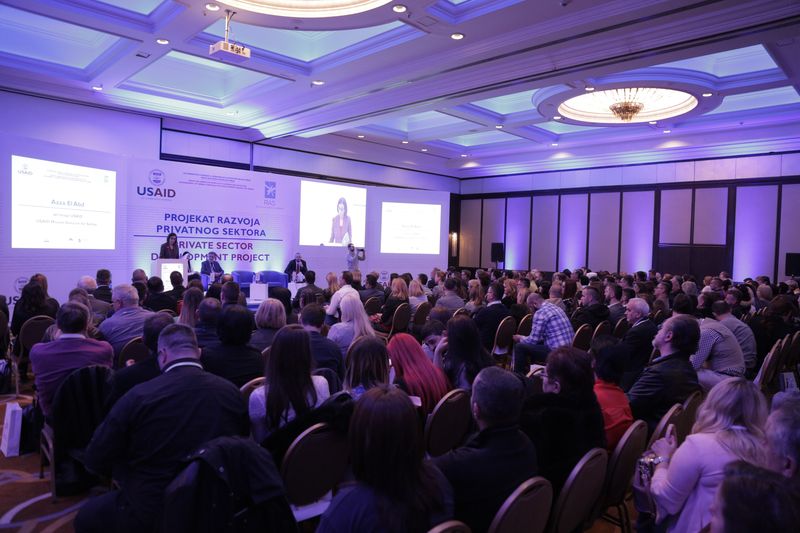 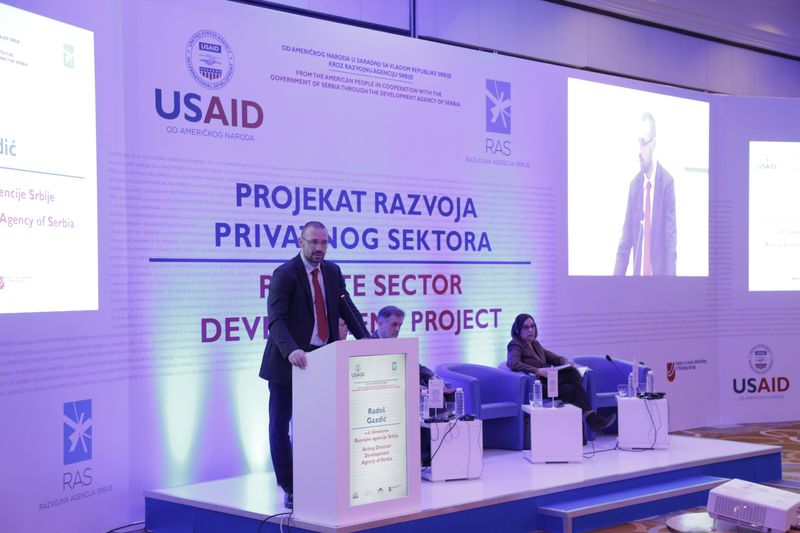 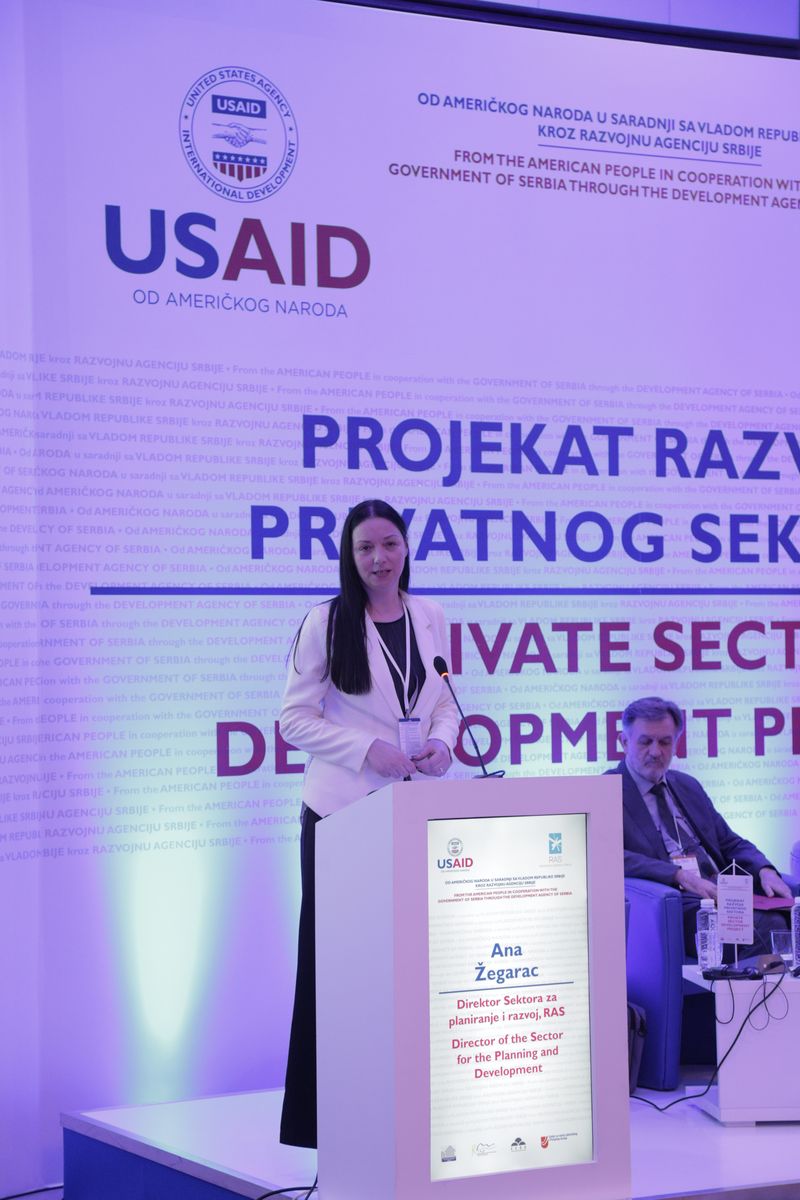 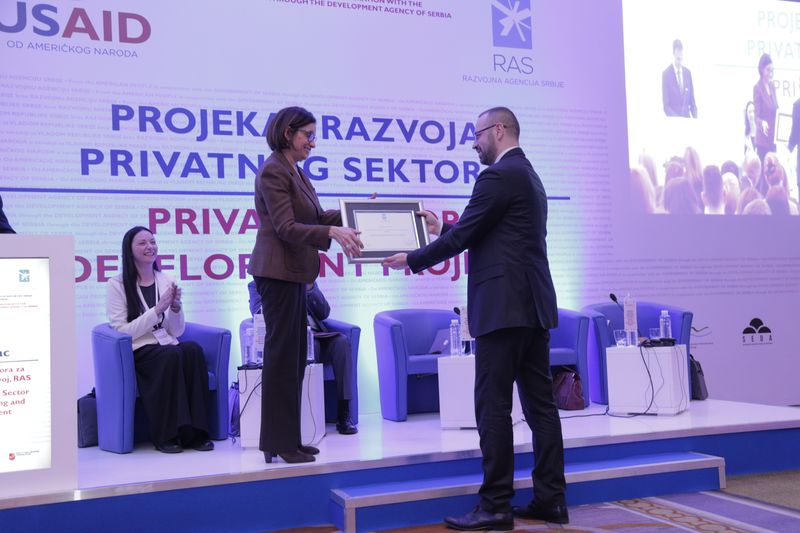 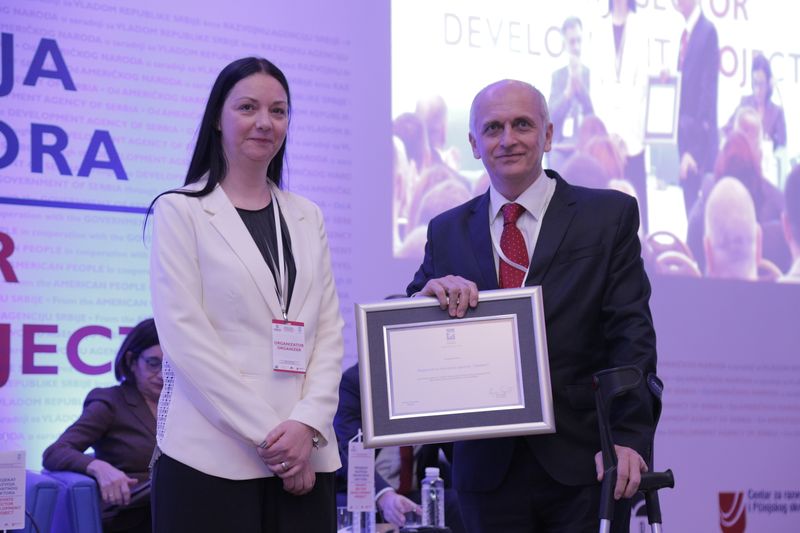 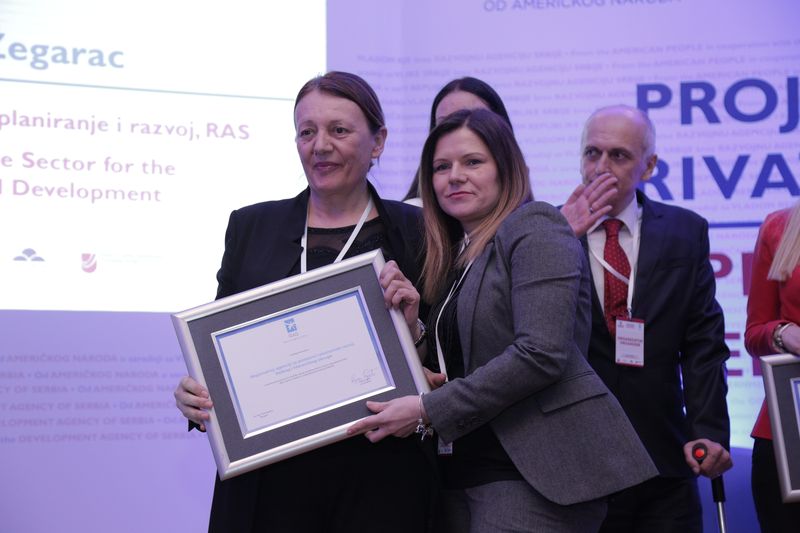 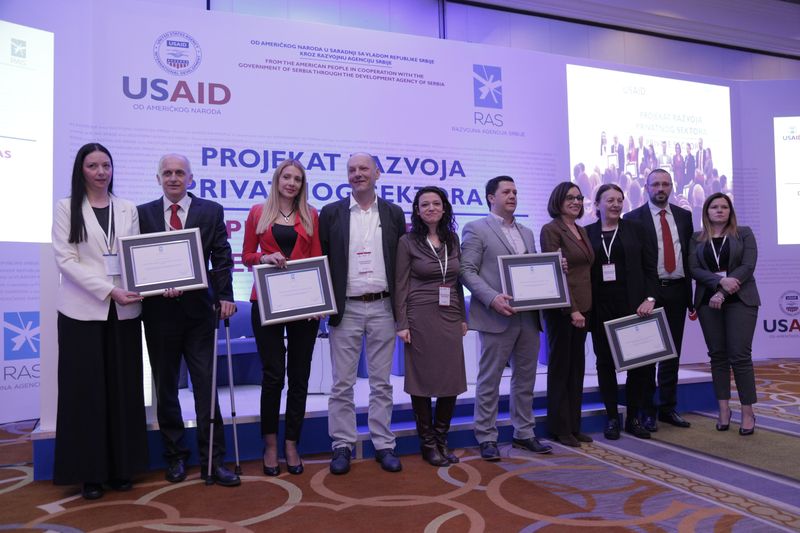 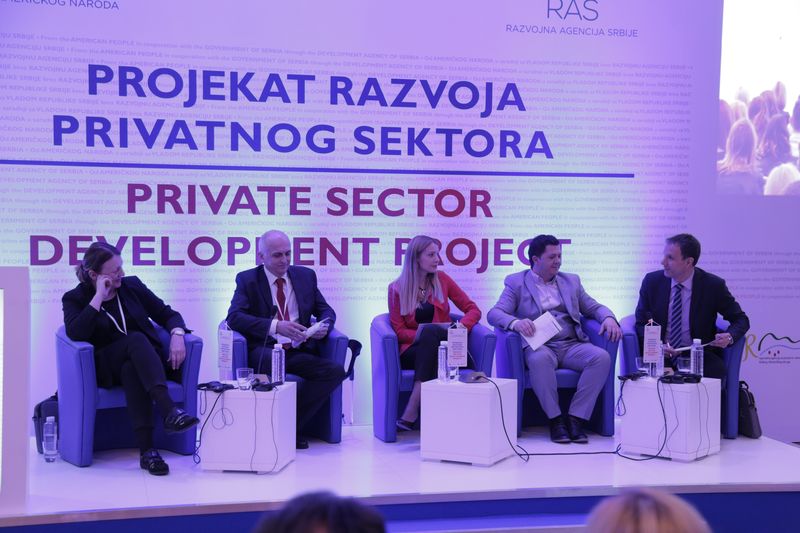 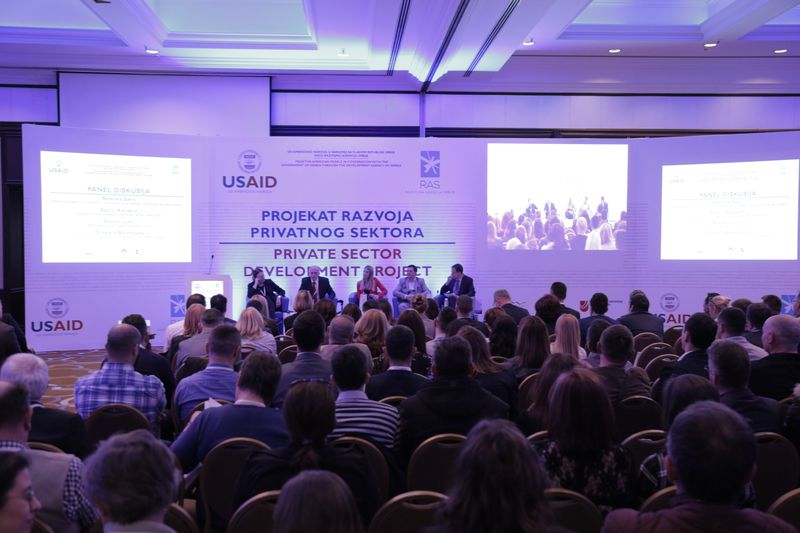