Leoni, a global provider of products and solutions for energy and data management in the automotive sector and other industries, marks the official opening of its fourth plant in Serbia, in the city of Kraljevo. The facility in Kraljevo will provide up to 5.000 jobs by 2023 and that makes Leoni the largest private industrial employer in Serbia

The site is not only the biggest Leoni plant in Serbia with around 60 square meters. It also employs the largest number of people at full capacity (up to 5.000 by the end of 2023), making the company overall the largest private industrial employer in Serbia. Leoni has so far invested over 50 million EUR in building and equipment for its new production facility.

Moreover, this new Leoni site strengthens the company's position as a high-performance supplier to the international automotive industry, and investment of this kind represents the next chapter in the long-standing success story of Leoni in Serbia.

The entire building has more than 60.0 00sqm, out of which 45.000 sqm represent the production area, which is now completed. The site is the first new plant built in almost 30 years in the region of Kraljevo and is expected to significantly contribute to the decrease of the unemployment rate, raise the living standard in the area, and accelerate its development pace.

“We are grateful for the unbureaucratic and very professional support of the authorities over all these years. We are happy to be able to tap into a large pool of dedicated and motivated employees here. And we are glad that we are contributing to raising the general standard of living in the region with our commitment in recent years. I think that's what you call a win-win situation”, said Aldo Kamper, CEO of Leoni, at the ceremony marking the official opening of the Leoni Kraljevo plant.

„What is more important than being the biggest employer is being the best employer. This is not an easy task, but we as one Leoni Serbia Team, together with central and local authorities, are working very hard to achieve this goal. Good working conditions, career advancement within the international automotive industry combined with an interesting motivation package and great team spirit, are qualities which make Leoni a very interesting and appealing employer“, Ghione pointed out.

The new site strengthens Leoni's position as a high-performance supplier to the international automotive industry. With its global production network and technological expertise, the company is one of the leading manufacturers of wiring systems that help customers build next-generation vehicles.

The President of the Republic of Serbia, Mr. Aleksandar Vučić, and the Mayor of the City of Kraljevo, Mr. Predrag Terzić, have attended the ceremony of the Official Opening of the Leoni plant today in Kraljevo.

President Vučić expressed his gratitude to investors for choosing Serbia for the biggest project of a company in Europe, and emphasized that Leoni has already four factories in Serbia, but certainly employs the most in this particular facility - 3.787, which will rise up to 5.000

Leoni Serbia is part of the Leoni Group and was founded in 2009 when the factory in Prokuplje started operating. The second factory was opened five years later in Malošište, in the municipality of Doljevac, and in the middle of 2017, the third factory in Serbia, in Niš, started operating.

In August 2018, the company started the construction of the fourth factory, in Kraljevo. As announced, it will be the largest plant within the Cable Systems Division. Leoni Serbia is currently the only company in Europe in this domain, which has four production units. 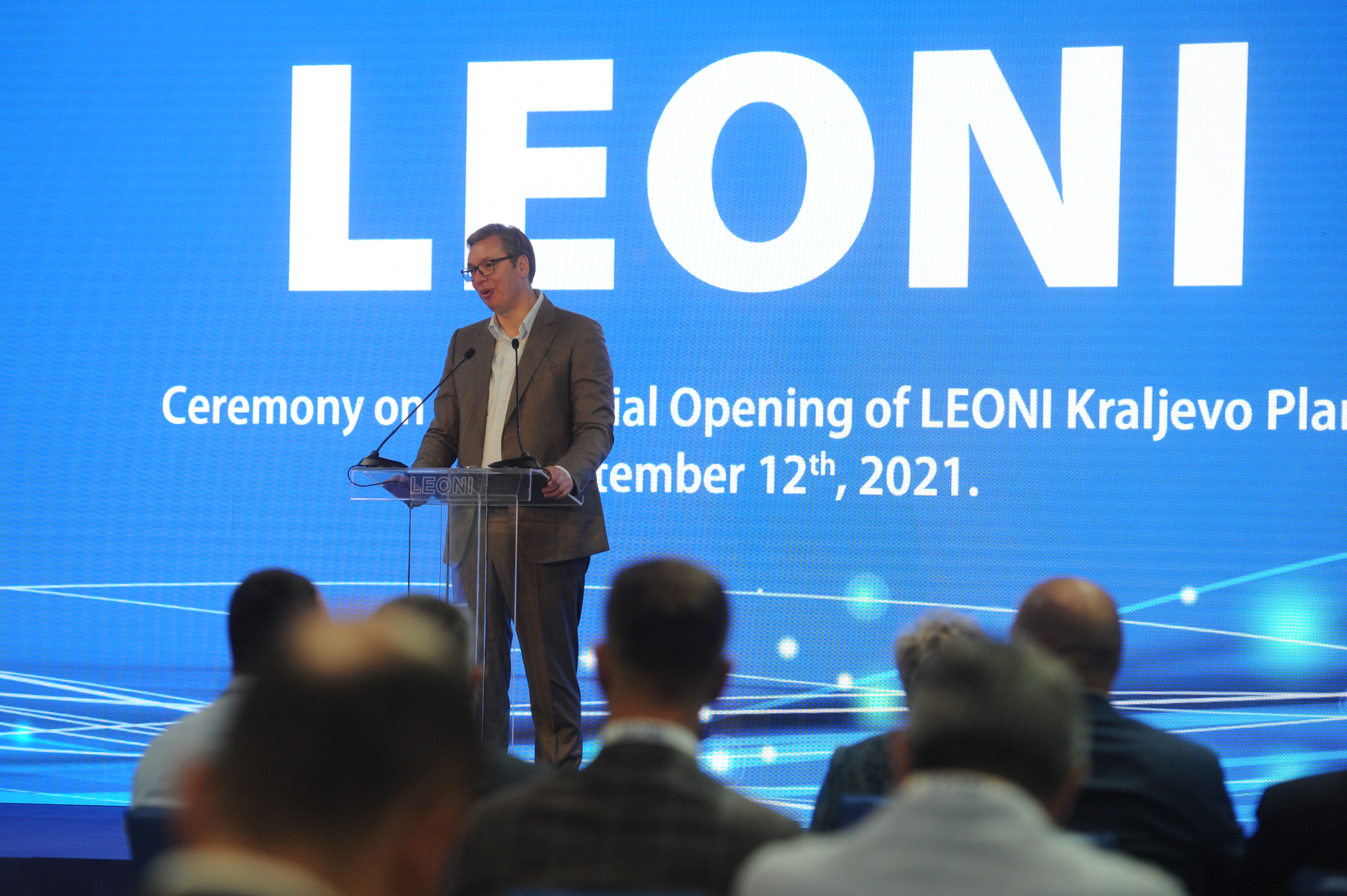 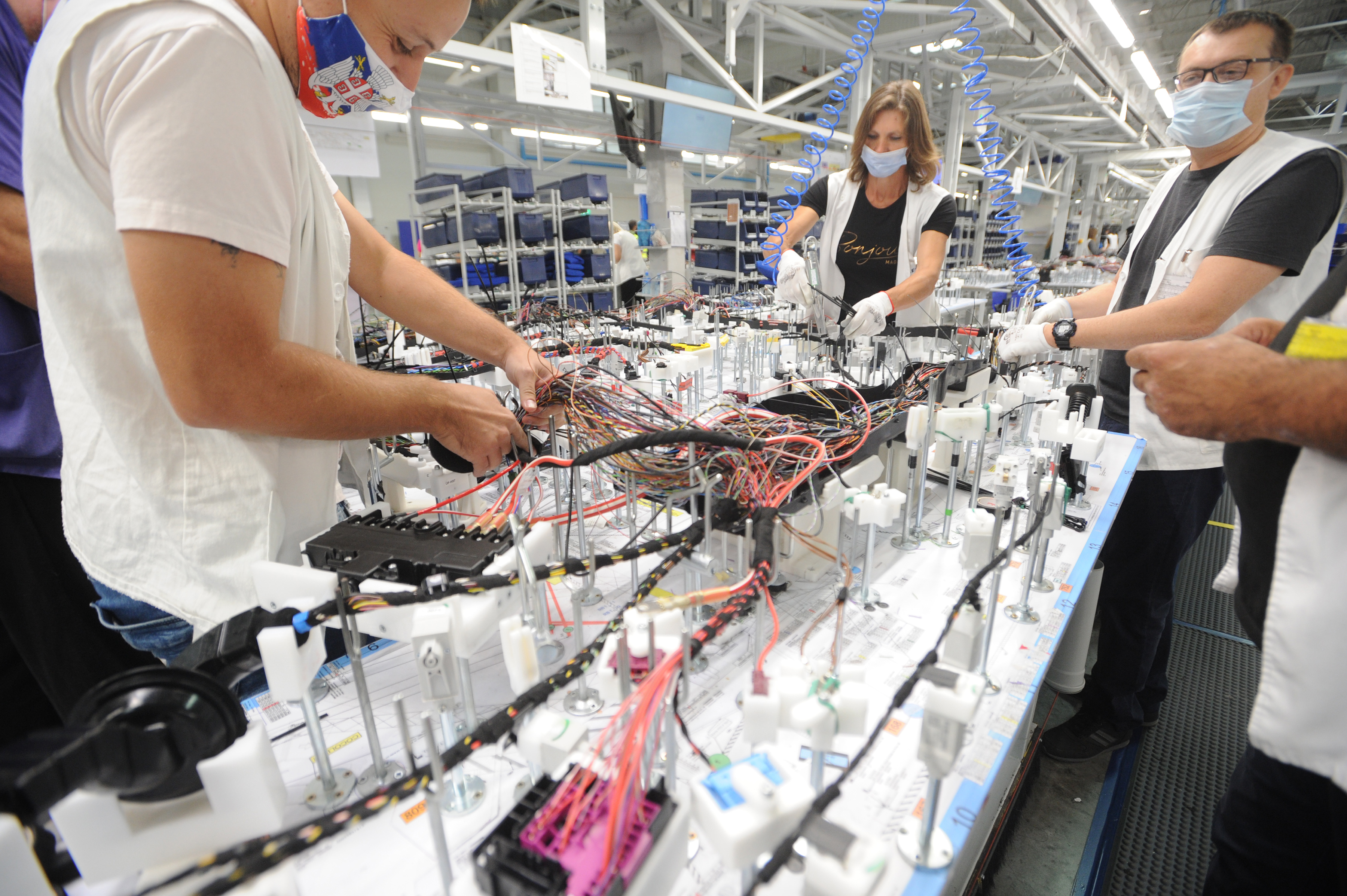 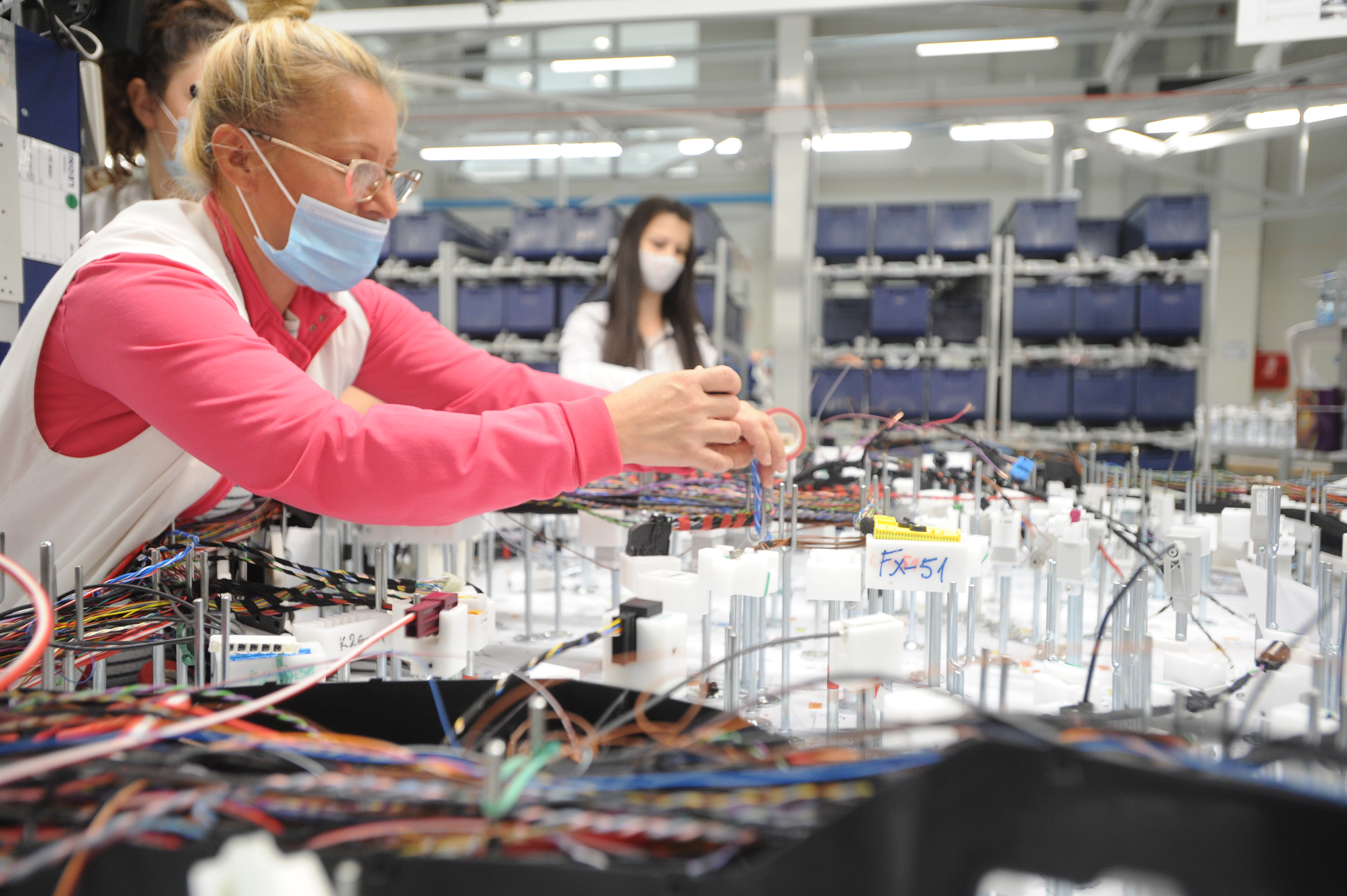 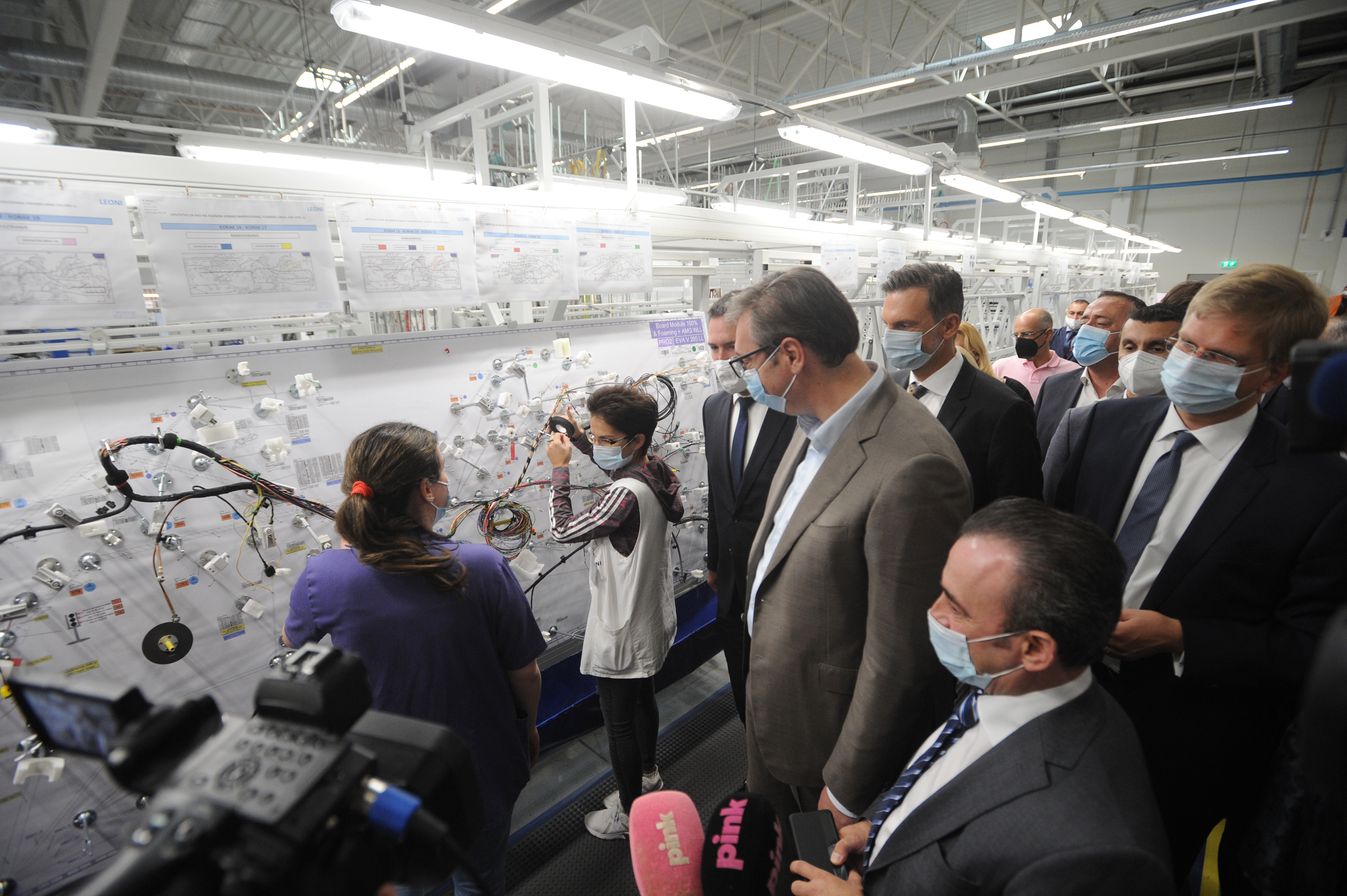 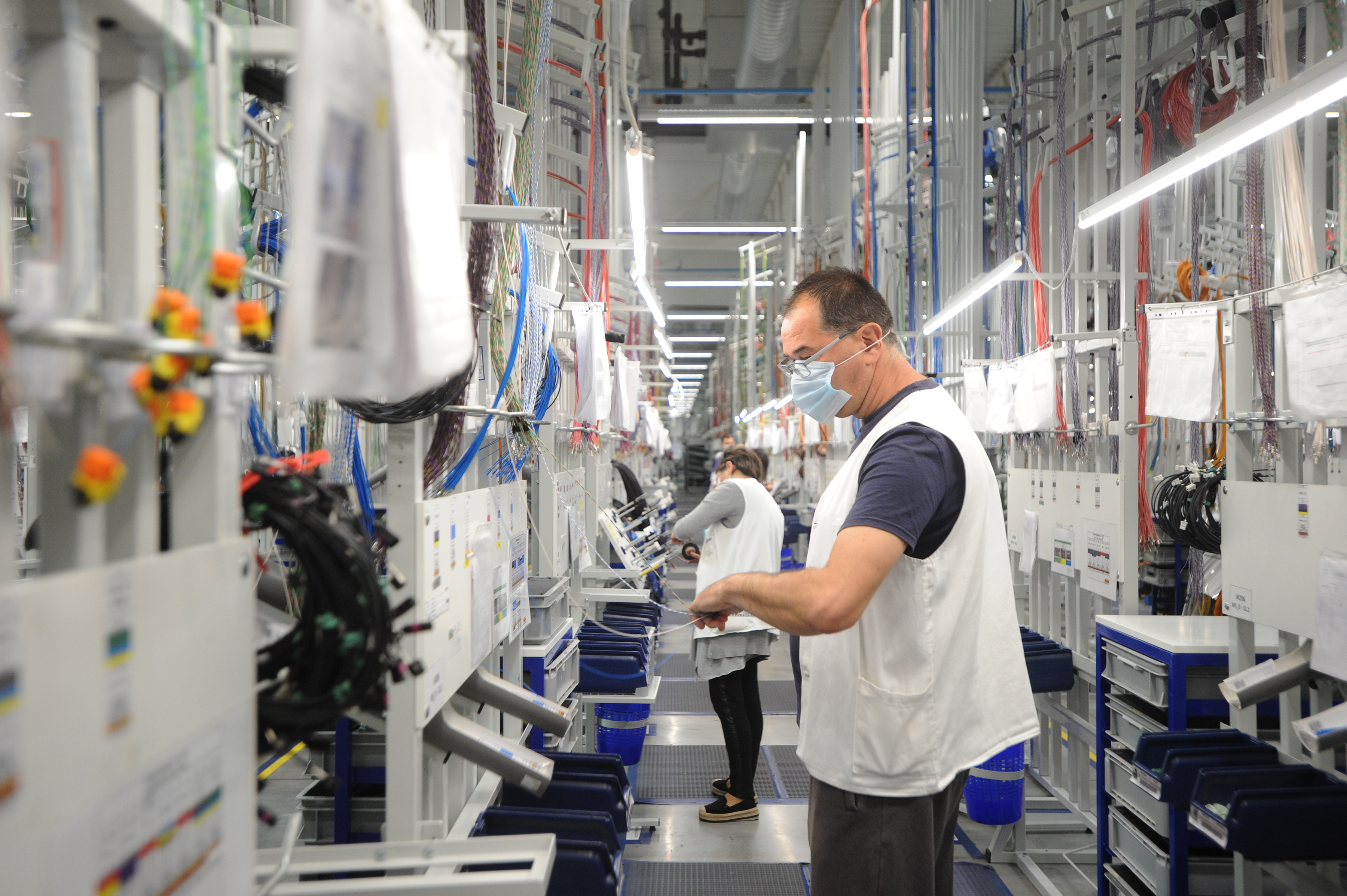