One of the leading automotive suppliers in the world, German Brose breaks ground for the first investment in Serbia, a production site in Pancevo. A 180 million euros worth investment in total, includes new factory and Research and Development Center.

Pancevo will be the home of a production site for electric motors and drives as part of the first stage of expansion to be completed by 2021. Also, around 1.100 people will find a career opportunity in production, development, and administration.

Construction work on the 220.000 square meter site, as planned, will take around a year. The production of drives for cooling fan modules is set for summer 2021, followed by motors for steering systems and oil pumps.

Thomas Spangler, Executive Vice President Operations Brose, said that Brose Group has ambitious plans in Serbia, moreover, it has already allocated 120 million euros for this first phase of the Pancevo project (60.000m2) - production line and construction of R&D center. He added that the factory will be focused on production of electromotors.

Also, as Spangler mentioned Pancevo plant will become the main supply center for the European market. According to him, it is planned to have a turnover of 440 million euros in Serbia by 2025.

“We made a very conscious choice for Pancevo and Serbia after analyzing multiple locations across Europe. We have highly qualified staff here; the proximity of Belgrade and Novi Sad as university cities is very important to us. By the end of the year, we plan to have 80 employees in electronics and development, because apart from manufacturing facilities, we will have a research and development department and we will need skilled staff in hardware and software development,” Spangler announced.

Serbian President Vucic expressed gratitude to the investors for choosing Serbia as a destination for investment and stated that the arrival of Brose to Serbia is one of the most important things that has happened in the country in the last 50 years.

“Brose is one of the factories that will change everything, not only in Pancevo, Banat, but it will have a positive impact on Belgrade, entire Serbia. For us that means an additional export of 450 million euros and 1,100 workers”, said Vucic.

Brose is the fourth-largest family-owned company in the world to supply the automotive industry. About 26,000 employees work for Brose at 64 locations in 24 countries and generate 6.2 billion euros in turnover. Whether lightweight design, electronically commutated motors or door and seat systems: a wide range of patents underscores the innovative strength of their international, interdisciplinary teams. 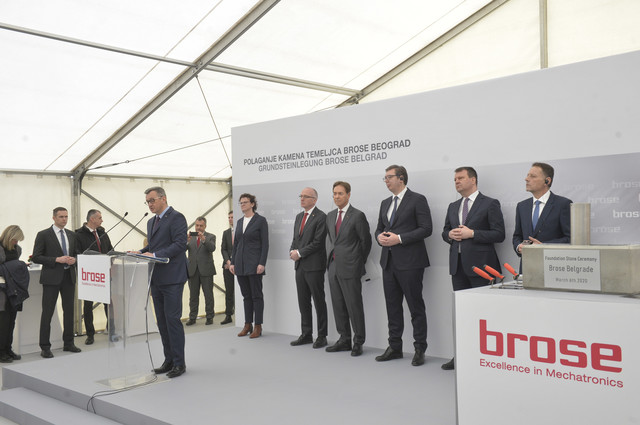 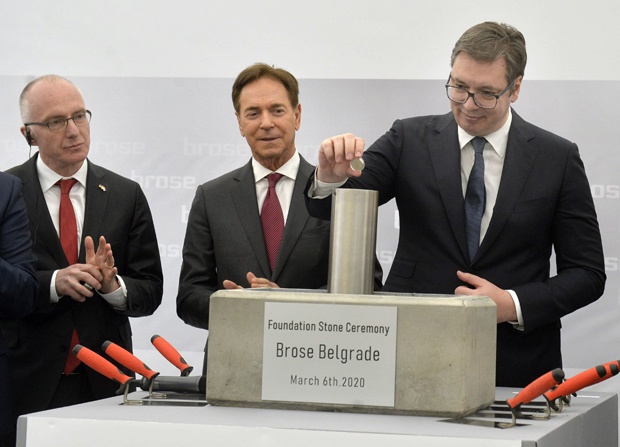 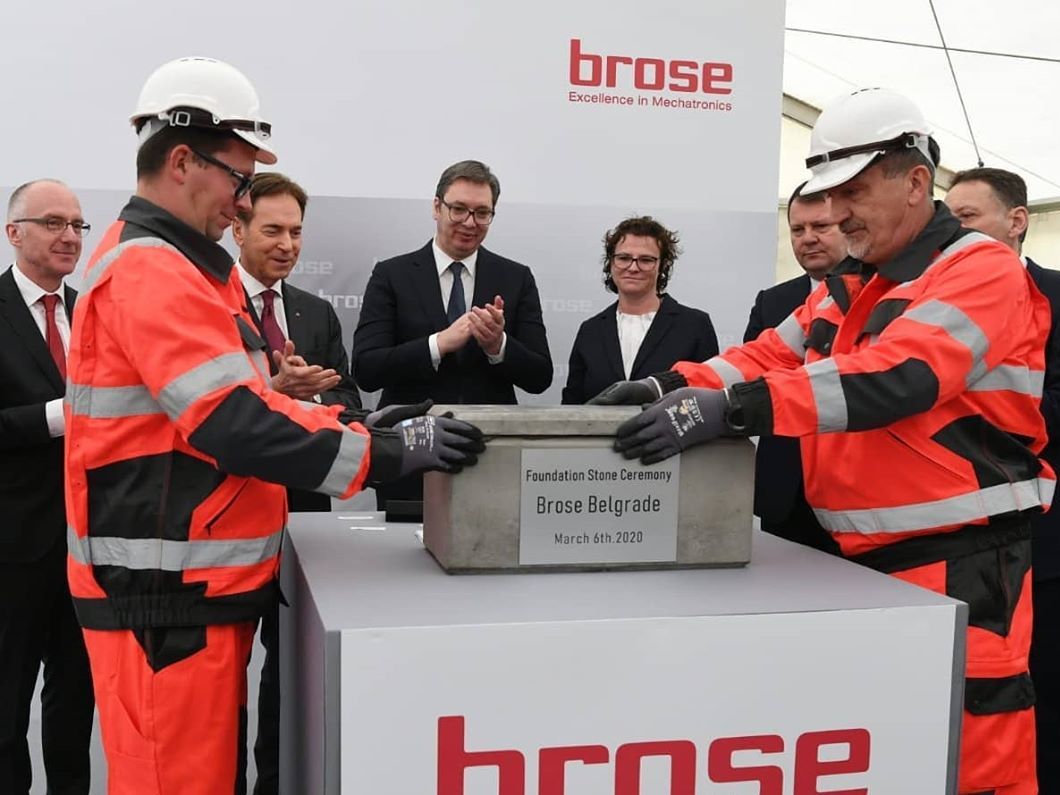 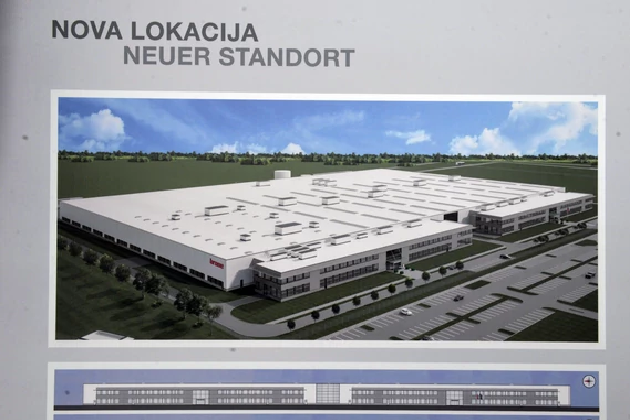